Every single year on January 1, millions of people in the United States (and possibly the world) sit down to write resolutions and goals for the new year. While we at shē thing aren't necessarily bound to discussing and establishing goals solely on the first of every year, we do think it's a great time to reflect on the impact we've made over the past year, and visualize the growth we want to see over the next 12 months and beyond.

As a startup nonprofit, established on July 3, 2017, we were thrust into action in response to Hurricane Harvey in September. At that time we did not have a board of directors in place, our website was still being developed and we hadn't completed our 501(c)(3) paperwork. But periods don't stop for hurricanes. In less than a week, we partnered with HBM Aesthetics and Massage in Denver to host our very first drive. Every product donated through that drive went to the Star of Hope Mission in Houston to help our sisters after the hurricane. The result: nearly 2,000 products distributed to 135 women in the Houston area -- not to mention a very lovely email from Star of Hope.

Once the wheels began moving in September, they haven't stopped. Over the past three months shē thing has established one permanent donation center, partnered with the Gathering Place, helped 1,135 women, distributed 4,916 products, accumulated 211 social media followers, welcomed 31 donors to the shē thing family, received 17 volunteer hours from three volunteers and had $3,840.51 donated.

And as they say, this is just the beginning. In 2018 you can expect more from shē thing. MUCH more. We want to see our outreach programming ramped up in Denver and around the country, we'll organize large scale donation drives and we will begin focused and targeted fundraising events. We're very thankful for the impact we've made so far and we're looking forward to making an even bigger impact in 2018 On behalf of shē thing and the entire board of directors, thank you for supporting our mission. We could not and can not do any of this without your support PERIOD. 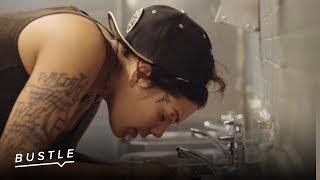